These 5 ingredients make you love to do more exercise

It is popular among those who love exercise and want to control weight. For fat people, according to the test, their tissue contains none of the carnitines or contains less. It is assumed that obesity, fat, and L-carnitine are relevant in terms of the transport of fat. When the body contains more L-carnitine, fat burning will increase. It will use fat to produce energy at the cell level (Mitochondria) and burn it for energy. It will give the best result for those who love doing exercise but if you do not do it, none will happen.


L-Glutamine also decreases muscle’s exhaustion from exercise. It will destroy lactic acid in the muscle so we can prolong the exercise activity. The longer we can do the exercise, the more of growth hormone. It stimulates the release of growth hormone that helps rush the growth of muscle and bones. This hormone is accounted for the hormone of youth, returning our youth. Furthermore, it repairs the damages muscles more than 60%. L-Glutathione exists in the muscle cell or is the main structure of muscle. When we do a heavy exercise, the body will exploit a lot of glutamine. But when the body runs out of it, the muscles will be digested to increase glutamine, resulting in muscle breakdown. Another benefit is it is the source of brain’s energy, best for mental works. L-Glutathione works as a substrate to produce glutamate or GABA. Moreover, it washes out the ammonia resulted from the brain’s working overload. The others benefits are for immunity system, brain’s process, digestive system, wound healing.


White Kidney Bean/Phaseolamin has the responsibility to resist Amylase enzyme which digests carbohydrate in the first area of small intestines. This enzyme minimizes flour to a small molecule, causing the body absorb some flour and sugar-contained foods. Phaseolamin has the effect of glucose digestion. 66% will be removed out of the body and the remaining 34%, the enzyme will digest glucose independently. The flour we consume will not entirely be absorbed into the body. As a result, the fat from the glucose changing decreases. White Kidney Bean also takes part in carbohydrate digesting resistance and prevents frequent hunger, control glucose in the blood, and reduce triglyceride.


Opuntia ficus ibdica(L)Mill has the quality to be two types of fibers: soluble dietary fiber and insoluble dietary fiber. It entraps fat and builds special gel to protect the digestion and absorption of fat. Consequently, some fat has not been absorbed and will be defecated through the large intestine. According to a research on human, the consumption of Opuntia ficus indica at 1.6 g per one meal can help reduce fat in blood vessels and triglyceride, resulting in decreasing the risk of coronary artery disease. Moreover, another research found that gel from cactus extract is able to protect the stomach from gastric ulcer. This cactus extract is also plenty of high-quality fiber to reduce hunger, delay glucose absorption to blood, and contains a lot of water that smoothes excretory system and
protects from hemorrhoids.


Garcinia atroviridis Griff. ex T.Anderson In Thailand, people mostly grow in the southern region. The early consumption of garcinia will make you feel hunger often but after 1-2 weeks, drinking a lot of water during this period, the frequent hunger will decrease and the yo-yo effect will not touch your body. The experts in nutrition at Mahidol University estimated and founded that there is no alternation of kidney and liver, including glucose in blood and blood pressure. Granicia contains the key substance called Hydroxycitric Acid or HCA which is capable of resisting the enzyme in the fat production after carbohydrate consumption. 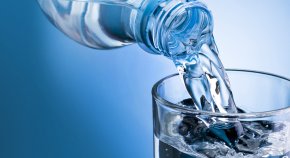 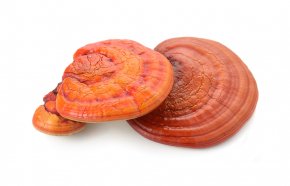